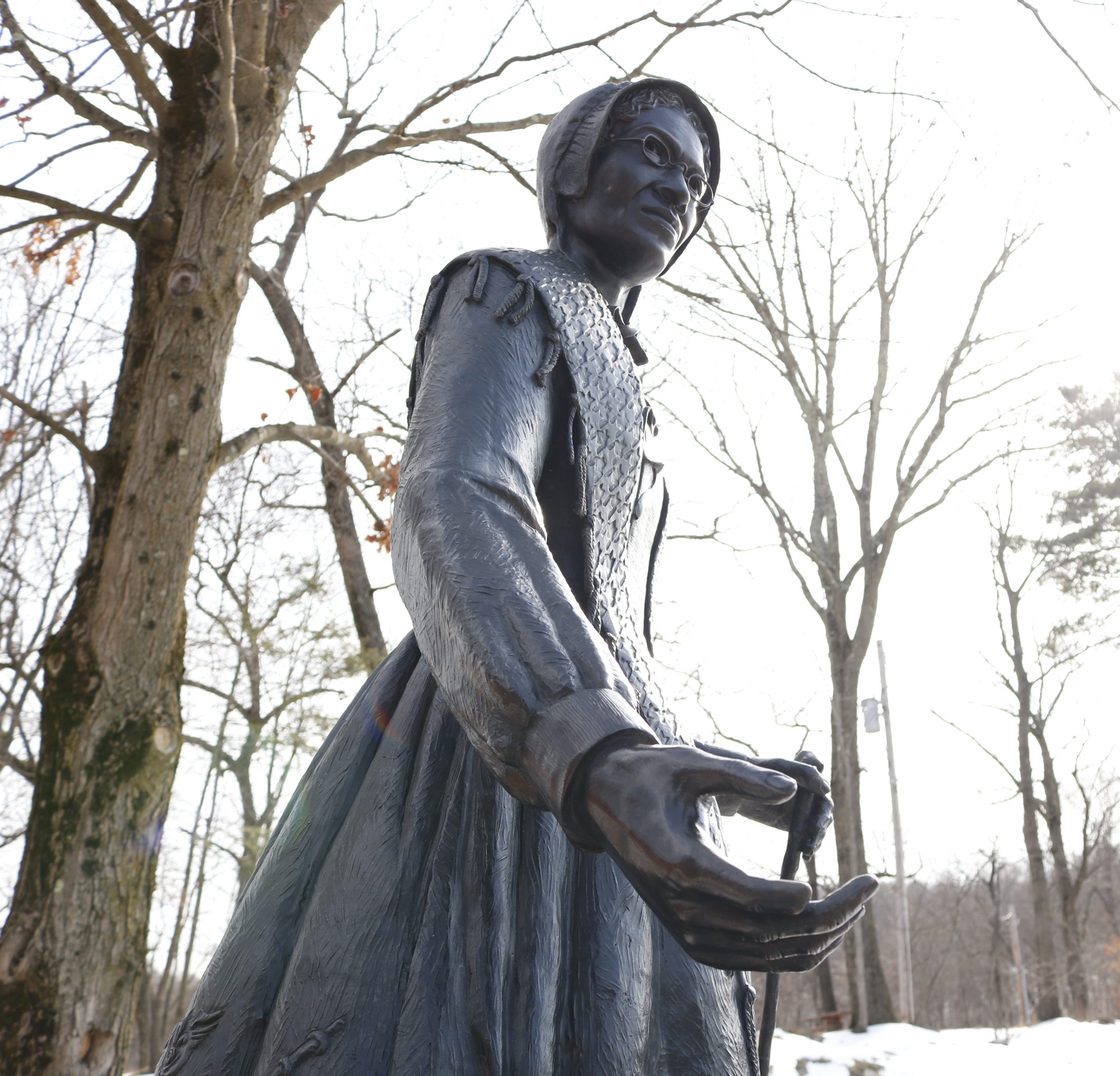 The new park, the first to open since July of 2019 and the first state park in the city of Kingston, will occupy 500 acres of former industrial property in Ulster County.

Sojourner Truth is one of the icons of the struggle for African American civil rights. Born Isabella “Bomefree” Baumfree in Esopus, Ulster County, in 1797, she freed herself in 1826 and adopted the name “Sojourner Truth,” embarking on a bold crusade for the causes of suffrage and abolition.

During the Civil War, she recruited men for the Union Army, and worked for the Freedmen’s Bureau, an agency that assisted the newly freed enslaved. After the war, she continued advocating for universal voting rights. Sojourner Truth died in 1883, after African American men had received the vote but with the national adoption of women’s suffrage still four decades away.

Almost a century and a half later after her death in 1883, she remains one of America’s most iconic civil rights heroes.

In a speech on Feb. 28, Hochul expressed pride in the legacy Sojourner Truth left behind for the future, and in the area of the state where the new park will be built.

“It is fitting such a magnificent property with its cliffs and Hudson shoreline bears the name of a remarkable woman who started life right here in Ulster County. New York is committed to reflecting the diverse stories of its people, such as Sojourner Truth and her message of freedom and equality, that have influenced our state’s inspiring history.”

In August 2020, State Parks installed a statue of Sojourner Truth at the western entrance to the Walkway Over the Hudson State Historic Park in Highland, Ulster County and dedicated it to the 100th anniversary of women’s suffrage in a ceremony attended by one of her descendants.

Overseen by the State Office of Parks, Recreation and Historic Preservation, working in conjunction with non-profit environmental organization Scenic Hudson, the land where the park will be located was purchased for $13.5 million from an area originally planned for private property development.

Although the park is not yet open for public access, State Parks has plans to install a network of hiking trails and parking areas for public usage by this spring. Scenic Hudson will take on a five-year agreement to operate the park, while they will take part in a three-way collaboration between themselves, State Parks, and the Palisades Interstate Park Commission to develop the park.

Once the site of cement production, brick making, quarrying and ice harvesting, the property that will include the future Sojourner Truth Park already includes the Hudson River Brickyard Trail. Part of the Empire State Trail and the Kingston Greenline, this paved trail opened in December 2020 as a project of the city of Kingston, which manages the trail, and Scenic Hudson.

It offers views of the Hudson River and the 150-foot cliffs of limestone and sandstone that drew cement production to the site beginning in the 1840s.

Last summer, abandoned cement silos and two former structures of the cement industry were removed from the property to improve site safety, as well as expand areas for park space. Remaining structures, including the chimney and mule barn dating to the site’s brick-making period, as well as many low-rise structures from the cement industry that are visible from the Hudson River Brickyard Trail, may potentially be integrated into the park landscape.

Former quarry pits on the property have filled with water, and while not suitable for swimming, support fish populations.

The site is a part of the traditional homeland of the Esopus tribe of the Lenape, who inhabited the area of Kingston until the 1600s when they were displaced by European colonists.

In addition to telling the story of the Esopus, the site will allow for the interpretation of industrial history, geology, the resilience of our natural environment, and the significant role of the Hudson Valley in the development of New York State and the nation.

Prior to Scenic Hudson’s purchase, the former cement mine and processing facility grounds were destined for development into a 1,682-unit mixed-use site, a project that had drawn significant public concern.

“After years of sitting neglected, this unique urban property will, for the first time, be open for Kingston residents to access its breathtaking views, incredible trails, and beautiful Hudson River waterfront,” said Kingston Mayor Steve Noble.