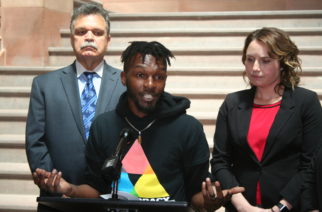 As a part of LGBT Week, advocates and legislators have assembled in Albany to show support for several bills that would help combat discrimination and lead to more equality. Legislation has been reintroduced to the Senate after passing the Assembly for a second time. The bill (A.2662/S.277) is sponsored by […]