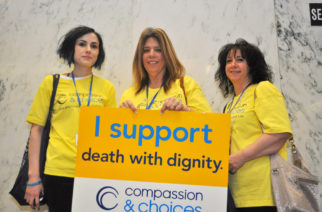 Last week, the New York State Academy of Family Physicians, which represents over 6,000 physicians and medical students throughout the state, voted in favor of supporting the New York State’s Medical Aid in Dying Act (S.3151/A.2383). The bill, which the NYSAFP previously held a neutral stance on, would allow for […]