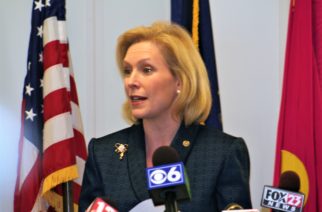 On Sunday, U.S. Sen. Kirsten Gillibrand officially launched her campaign for president of the United States with a video called “Brave Wins.” At the end of the video, she announced that her first major speech will be in front of Trump International Hotel in New York City, next Sunday, March […]