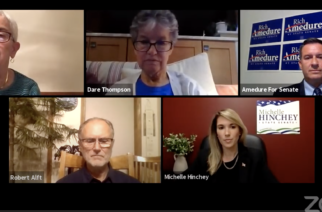 George Amedore Jr., New York Senator of the 46th District, has held office since 2014 but will not seek re-election this year. As a result, three candidates are on the ballot in a battle to occupy the vacant seat: Richard Amedure, Michelle Hinchey, and Robert Alft Jr. A fourth candidate, […]