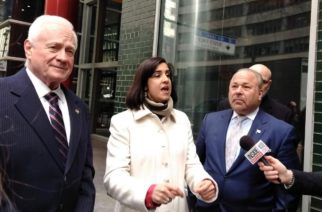 The New York Senate has passed legislation to deny conditional release of prisoners convicted of first-degree manslaughter. Bill (S.8228) was introduced on April 20 by Senator Martin Golden, R-Brooklyn, and passed the Senate on May 1. Assemblywoman Nicole Malliotakis, R-Staten Island, introduced the Assembly version, (A.10552) on May 4, where […]