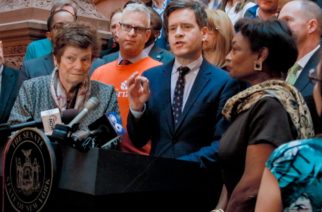 Child Victims Act passes after a decade of gridlock

After a decade of fighting, supporters of the Child Victims Act saw their legislation pass both houses of the state Legislature this week and are awaiting a signature from the governor. The newly Democratic Senate passed the bill (S.2440/A.2683) on Monday, followed soon after by the Assembly. The passage of […]