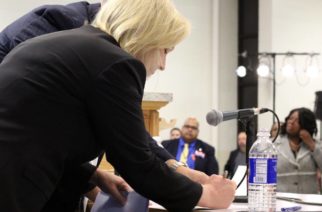 By the numbers: Gillibrand leading Farley in latest Siena Poll

In the race for New York’s junior U.S. Senate seat, incumbent Kirsten holds a 61-to-29 percent lead over her little-known Republican opponent, Chele Chiavacci Farley. “Although her favorability rating has fallen to 49 percent, [down] from 53 percent in June, Gillibrand still has a commanding lead over Farley, who is unknown […] 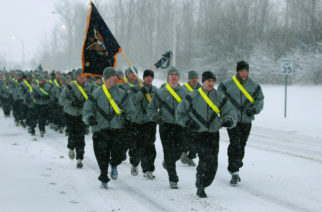 U.S Senators Chuck Schumer and Kirsten Gillibrand are urging the U.S. Army to base a new training unit at Fort Drum, citing the infrastructure, space and talent there to accommodate the new brigade. Schumer and Gillibrand were joined by Rep. Elise Stefanik, R-Willsboro, in writing a letter to the Secretary […] 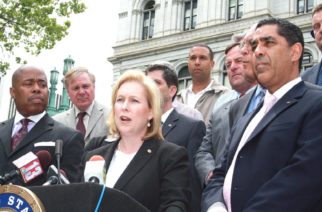 You’ve all heard of the “Three Tenors” who owned the world of opera. They were Placido Domingo, Jose Carreras and Luciano Pavarotti. Then in the word of bluegrass, there were the “Three Pickers,” Doc Watson, Earl Scruggs and Ricky Skaggs. It really doesn’t get any better than those two threesomes. […] 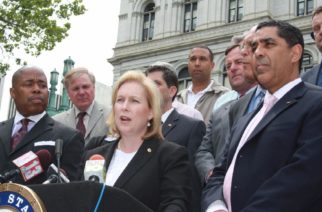 Senator Kirsten Gillibrand is fighting to block the Republican tax plan that has been advancing through the United States Senate this week. “We need to fix our tax system so that it does more to help working families,” Gillibrand said during a conference call with reporters earlier this week. “The […] 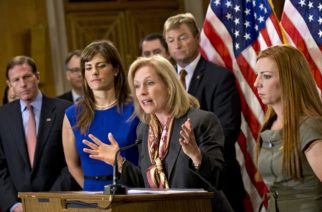 Senators Kirsten Gillibrand and Susan Collins introduced an amendment Monday that would prevent the removal of transgender service members from the Armed Forces. The bipartisan amendment would prohibit the Department of Defense from discharging members of the military based entirely on their gender identity. The amendment to the National Defense […] 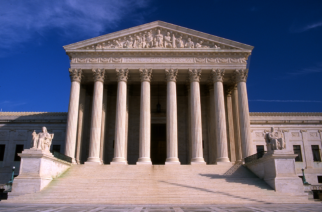 President Donald Trump introduced his nominee for the Supreme Court last week, Judge Neil Gorsuch of the 10th Circuit Court of Appeals in Colorado. Gorsuch’s nomination received mixed response from New York legislators and interest groups. Conservatives are elated at the prospect of restoring the ideological balance to the […]

To mark sexual assault and awareness month, U.S. Sen. Kirsten Gillibrand D-Brunswick, is urging Congress to pass legislation that would ensure cases of sexual assault on college campuses are handled properly and that students are provided support following these situations. This legislation is known as the Campus Accountability and […]