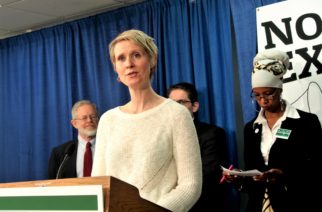 The most recent Siena Poll shows that actress Cynthia Nixon faces an uphill battle in her bid to unseat Gov. Andrew Cuomo, largely because she doesn’t have the name recognition to win in a primary against the incumbent. In a poll of 772 registered voters in New York, Nixon received […]